If you encounter this problem when doing 'apt update' 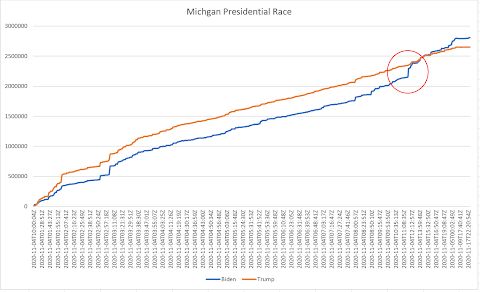 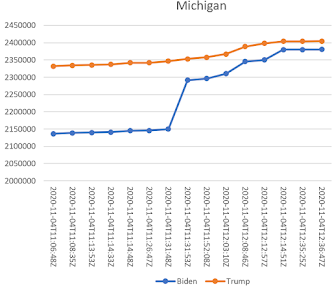 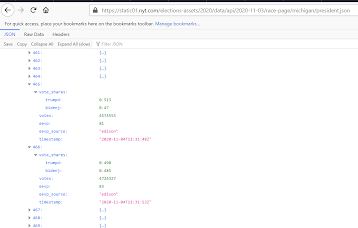 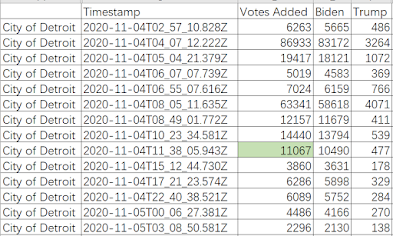 (The latest version of this data can be found at: https://static01.nyt.com/elections-assets/2020/data/api/2020-11-03/precincts/MIGeneralConcatenator-latest.json , but you need different snapshots of this file and calculate the difference to make sense of the data.)
Up to 10:23Z, Detroit's total is 214644, and it's already included in the 457884 figure from Wayne county.  Detroit's final total is 250138, so the 149772 number can not come from City of Detroit.
Now we have a problem: We know these 149772 votes came from Wayne County.  They can only come from Detroit and they did not come from Detroit.   They seemed to come out of thin air.
No one have provide an explanation to the Biden Jump and no medias have disputed or "fact-check"ed the fact that it's suspicious and the 149772 votes were most likely fraudulent.
Posted by Wensheng Wang at 3:06 PM 1 comment: 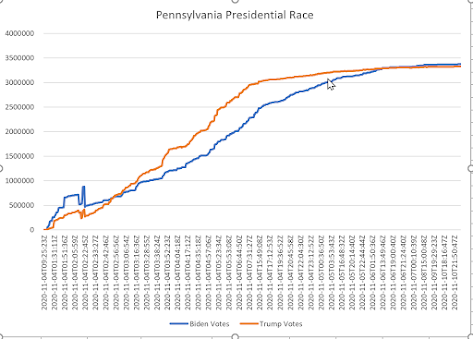 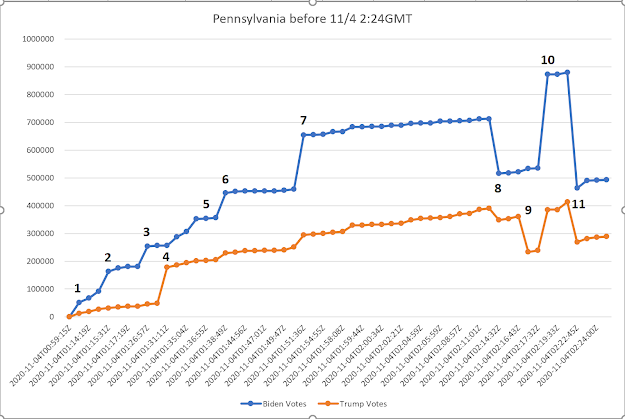 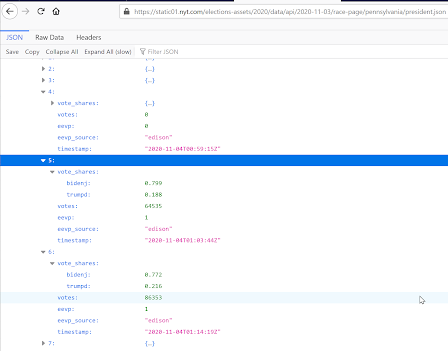 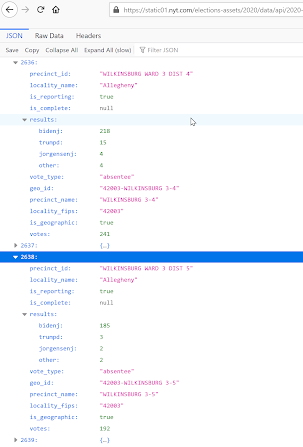 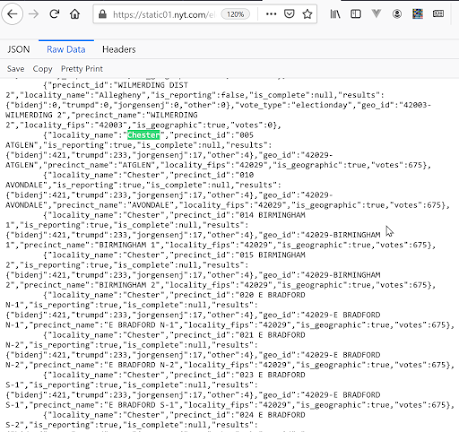 Posted by Wensheng Wang at 3:48 AM No comments:

This is a summary of the Harvard study:

Keep drinking!
Posted by Wensheng Wang at 6:32 PM No comments:

On a command line(Win, Mac, Linux), type youtube-dl followed by pasting the m3u8 link, then enter.

Posted by Wensheng Wang at 3:26 PM No comments:

Posted by Wensheng Wang at 10:40 AM No comments:

Time lapsed video are usually create from photos.  Here's how to create one from dashcam videos.
First move all videos into a single folder, then list files and redirect output into a text file.  On linux, it's `ls > files.txt`, on Windows, it's `dir /B > files.txt`.

Then edit this file.  This file should list videos in the order of timestamp, if not, adjust them manually. Remove any files that's not video or any videos that you don't want to be included in the final video.  Put 'file ' at the beginning of every line.  (In Vim, you can do this by :%s/^/file /g)

Then create a raw video by select one frame in every 30 frames from all the videos in the file:

Because this is uncompressed raw video, its size will be huge, probably tens of GigBytes. You probably don't want to play it on your computer, let alone uploaded to youtube.  To make it playable, we need to compress it to mp4 format:

You can see an example of the time lapsed video here:

Posted by Wensheng Wang at 12:27 AM No comments:

Tornado vs Starlette in 2019

For the last 10 years I have been using mainly  Tornado as my web framework of choice.  And I mostly use it synchronously.  Only when dealing with uploading files did i use some asynchronous tornado features.   Most of my apps have database backends.  With database involved, it's not worth it to convert my code to asynchronous mode.  Tornado has been worked well for me I have no intention of stopping using it in the near future.  But I do want to keep my eyes open for new tool that enables me to build fast app fast.

In the last few years, there are several new async web frameworks.  One of them is Starlette, I decided to evaluate it.  The first step is to compare it basic performance with Tornado.

Starlette, using uvicorn, claims to be one of the fastest python web framework.  I copied the codes directly from its website:
I run it with "uvicorn example:app", then measure rps using 'ab':

The result is on average 4200 requests per second.

I then run basic Tornado app, again with code copied directly from tornado website:
Using the same measurement, the ab result is a average 1900 requests/second.

So it looks like Starlette/uvicorn is more than 2 times faster than Tornado.   However, the code on Tornado website is actually not the best for production use.  Just replace "app.listen(8888)" the second to last line with following:
(and put "from tornado.httpserver import HTTPServer" at the beginning of the file),  its performance increases to 4700 requests/second, actually faster than Starlette.

The code change to Tornado make the app start 4 processes instead of 1.  Of course we can also do the similar for the Starlette app:

These are superficial results that don't mean much.  But it did make me appreciate the works that got into Tornado that keep it performant in these years.

I'm helping my son learning Java. One of the first things to do when learning Java is picking an IDE. I like DrJava for its simplicity and small size. However, when I first run DrJava, its font size is way too small on my 4K monitor.


There are 2 ways to fix this - the easy way and the hard way. 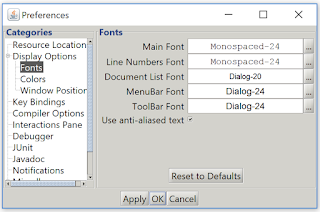 Press "OK", then close DrJava then open it again.  Now the fonts should be big enough to read.

(The changes you make are actually saved in a configuration file .drjava in your home directory,  you can edit the file directly for changes, but it's not recommended)

Now the hard way.
For the "easy way", we just changed DrJava's default configuration preferences.  The hard way is to compile a DrJava program with these changes already made in the source code so we don't have to change preferences.

Try to compile it first:


You must have ant already installed.  If it's compiled OK, try run it:
java -jar drjava.jar
(You can just double click drjava.jar file too)

Save the file then recompile (ant jar).  Now DrJava is "pre-configured" with big fonts.

You might say this "hard way" is pointless.  Why on earth would anyone want to do this? I agree.  But just maybe one wants to provide a "pre-configured" copy of DrJava to his students.  I just show one way to do it.  Another way is to write a .drjava configuration file upon installation.  This is way more complex. Besides, I'm using a standalone jar file, there's no installation to speak of.

I had this problem today and was pulling my hairs out trying to find a solution.
Below is the only fix that worked for me:
In 'lib/DateTime/TimeZone/Local.pm', find 'sub TimeZone {', right after it, put this next line:

(Replace 'Asia/Shanghai' with your own timezone.)
Basically all the rest of this sub has no effect now.