(Accompanying web site - http://combimath.com/, visit it from cellphone to take full advantage of it.)

It's a "calculate 24" game.  I made the same game for web 3 years ago using Google AppEngine (link).  For IOS, I tried  to make it using HTML5 wrapped in UIWebview so that I don't have to use Objective-C.  But I wasn't satisfied with the end result of that effort.   So I bite the bullet and start learning Obj-C.  Turned out it wasn't so bad.  Objective-C is quite easy.  I also used Cocos2d, a popular 2D IOS game engine, which simplified a lot of things.

I'm glad it's out of the door.  I need to add game center with leader-board and battle mode in the next release.
Posted by Wensheng Wang at 2:01 AM No comments:

If you have problem embedding videos into your PowerPoint presentation, here's some help.

You need to convert your video to a format PowerPoint accepts. However even if you are able to embed your video and play it on your computer, it doesn't mean it will be playable on other computers. I tried quite a few combinations of video/audio format (h264, mp3, aac etc.) and found the least common denominator of video/audio format that can be embedded in PowerPoint and played on almost all windows computers is wmv2/wmav2. So here’s command for video conversion with ffmpeg:

The resulting video quality is usually not very good, the images are often pixelated. To get better video quality, you need to specify bitrate:

Here I specified 1500kbps bitrate. You can set higher bitrate. Of course it doesn’t make sense to go above the video’s original bitrate. You can find the a video’s original bitrate from ffmpeg output or on Windows, right click the video file and select “Properties” then “Details” tab. Try different bitrates and select a lower one while still maintaining an image quality. Often times, I want to keep my video (and therefore the size of PowerPoint) small by shrinking the video (e.g. 320x240) like this:

Small video has an marginal benefit besides small file size: because the image size is small, the effect of pixilation is markedly reduced. Even with smaller size, with several videos in the Powerpoint, the file can still be too large to be sent with email(gmail and yahoo mail have 25Meg limit). To solve this problem, I usually just embed small, low quality, incomplete “teaser” videos with notes and links to complete 1080p videos I (pre)uploaded on youtube. To cut a 30 second video, starts from 5 seconds at original video:

How to add watermark to animated gif

I absolutely hate seeing all those watermarks on animated gif's. What am I going to do about it? I will teach you how to add your own.

Here are the steps:
1, make a watermark image.
a, create an image contain your text using a drawing program(I use mspaint on windows). I usually set background (or fill with color) to black, and text color to white, and save as monochrome bmp file.
b, open your image from Gimp(a popular free image editor), add alpha to layer, change layer name from “background” to something else. Then add layer with transparency, use the magic wand(fuzzy select) then cut the black out.
c, resize as needed, then save as “watermark.gif”.

4, profit! (or induce gif watermark hatred)
Posted by Wensheng Wang at 2:00 AM No comments:

We had World IPv6 launch day last week, when major websites and ISP turn on IPv6 permanently. I also have a IPv6 enabled for my server, but the problem is it's not working. When I tried to get a file with wget, I got:

So instead of using "wget", just use "wget -4" to force wget using IPv4. Problem solved? Actually no. When I do apt-get or "gem install", I have no way to tell it to use IPv4. So I just do this to disable IPv6 on my server completely:

Sorry, da internet, when both you and I are ready, I will turn on IPv6 again.
Posted by Wensheng Wang at 5:10 PM 3 comments:

Find RPM for a certain file

I need to install GHC7.4.1. But the version of GHC that come with Fedora 16 is 7.0.4. So I did a "yum remove ghc" to uninstall it. But GHC (/usr/bin/ghci) was still there. I then found the command for looking up a RPM associated with a certain file is "rpm -q --whatprovides filename_fullpath". So I did:

My Win Vista laptop's disk activity light kept flashing to no end. Something was killing my disk. I opened "Reliability and Performance Monitor" and found a service called "svchost.exe (LocalSystemNetworkRestricted)" was to blame. After some poking around I found this's not Superfetch, Windows Search, or font Cache. It's "IPsec Policy Agent". I stopped this service, my "Disk % Highest Active Time" dropped from 100% to 0-1%, and stayed here. The disk activity indicator light stopped flashing. I disabled this service. If later I need to do VPN, I will probably have to re-enabled it again. Hope I remember it.
Posted by Wensheng Wang at 1:06 AM 1 comment:

I used to use Godaddy and Startcom SSL. Now I just use Namecheap's Comodo PositiveSSL. It's inexpensive - $9/per year, and the installation is pretty straight-forward.
Here are the steps:
1, Buy Comodo PositiveSSl from Namecheap

The reason we use example.com.key.nopass instead of example.com.key to generated the signing request is that so we don't need to enter a password everytime you start/restart nginx.

3, Login to Namecheap/Your SSL certificate, click "Activate". You will be asked to select the server type. Just select the first one - Apache/OpenSSL (even though we are using Nginx). You then are asked to paste the certificate signing request (CSR). On your server, do a "cat example.com.csr", and copy and paste the everything (including "----BEGIN..." and "----END...") to the Namecheap web page's text-area. click submit. You will then be asked enter additional information, enter them.

4, You will receive a email from Comodo asking you to open a link and paste some code that's provided in the mail. Do that.

5, After some time (30 minutes to a few hours), you will get your certificate in email. Download the zip file. It contains 3 files: example_com.crt, PositiveSSLCA2.crt, AddTrustExternalCARoot.crt. You need to concatenate them into a single file:

6, Configure Nginx.
Copy the files example.com.key.nopass and example.com.crt to a certian place, for example /usr/local/etc/nginx/ssl/. In Nginx conf file, point to them:

After that you're done.
Posted by Wensheng Wang at 1:29 AM 14 comments:

Just found out the old homepage I had at UTEP still exists in archive.org.
Here're 2 awesome animated gif I pulled from there. Hard to believe I made them in 1997, 15 years ago!
gif1
gif2
The first one run animation 2 times then stop. The 2nd has a transparent background. I don't even know how to make them today without googling around.
Posted by Wensheng Wang at 3:22 AM No comments:

I attended AT&T Mobile App Hackathon in Plano last weekend. I made an iPhone app in less than 24 hours! It's a app that display lyrics while playing a song, it highlight the sentence that's being played, kind of like Karaoke. It's more of a proof of concept prototype. But I will continue working on it and will submit it to App Store. I will also make an Android version.
Here's video demo: (Sorry for the poor video quality. In shooting of this video, the camera went out-of-focus, I tried to manually adjust but that made it worse.)

Posted by Wensheng Wang at 3:02 AM No comments: 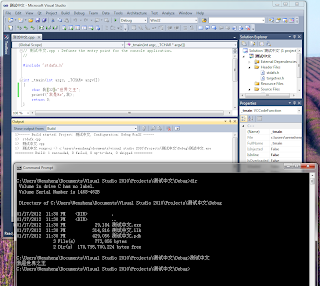 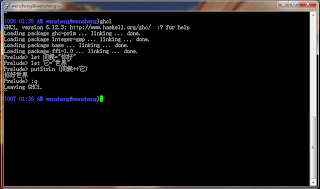